Reef is an innovative worldwide distribution company with over 20 years of sales experience, and a global network of customers including Show buyers and producers. We also have established long-term relationships with trustful sub-distributors.

As a leading boutique distributor of high-end 360° fulldome “Reef Original” productions and as a pioneer in the Distribution business of Fulldome Content Reef is representing many producers.

“We love shows which send out an impressive message and leave a positive effect on the audience while being entertaining at the same time. This is, what we call emotional edutainment. Our mission is to change the world through education,” explains CEO, Dr. Peter Popp.

Reef’s success started 2004 with the release of our first show, Kaluoka’hina: The Enchanted Reef. This Show has reached over 5 Million visitors and more than $2.5 Million in Net Royalties for an estimated Gross Box Office of $15 Million. Reef has executed over 1,300 licenses, including flat fee and royalty share business models, of approximately $45 Million Gross Box Office.

Reef is dedicated to cultivating mutually respectful relationships between its customers, business partners, and employees.

The experienced team and innovative technology of Reef distribute and deliver encrypted content through the Distribution Portal to Single Projector Domes and serves as an Information Tool and Resource for Film Buyers of Fulldome and Giant Screen Theaters. Approved Sub-Distributors can access the same pricing direct from Reef upon request for Quotes for specific Domes.

Contact us today for any of these services below

You want Reef to distribute your content worldwide or to a specific territory or format.

You want to license Reef Shows, and to also discuss your programming goals and content preferences so we can recommend the best Shows for your Theater’s needs.

You are a Distributor, and you want to sub-distribute our Shows (Limited to Shows for which we hold Exclusive Worldwide Distribution Rights).

Peter holds a PhD in Economics. After completion of a high-level management training at a German jet engine manufacturer he founded Germany’s first fulldome film production company Softmachine in 1989 and Reef Distribution in 2003.
p.popp@reef-distribution.com

Tina has a bachelor’s degree in Communications from the University of Louisville, Louisville, Kentucky. Before founding BIG & Digital in 2009, she worked as Marketing and PR Director for the Kentucky Science Center (1997-2003) and Director of Distribution and Marketing for Giant Screen Films (2003-2009). Tina is based in Las Vegas, Nevada and is responsible for the international content acquisition, distribution, and marketing.
t.ratterman@reef-distribution.com

Björn holds a Master Degree in German and English Literature and an International Business MBA. He worked on over 90 documentary and feature films before he joined REEF where he handles the Asian market, new business opportunities and international co-production.
b.jensen@reef-distribution.com

Anna successfully passed her Bachelor´s Degree in communication science at the Ludwig Maximilian University of Munich in 2019. She studied in Italy for six months, completing a semester abroad and working for a local radio station as a journalist. Furthermore, she not only developed her Marketing and PR skills within her work for the famous luxury fashion house Armani in Munich, she even helped a local Mexican agricultural company for 4 months as a marketing-expert.
a.stuk@reef-distribution.com

After completing her first degree in English in 2005, she began working as an German und Bosnian interpreter in the German Armed Forces. The German troops withdrew in 2007, which prompted her to change her profession and she started working for Daimler AG as a vehicle dispatcher. From 2016-2019 she studied English at the LMU, after that she started working at Reef Distribution in February 2020.
e.dadic@reef-distribution.com 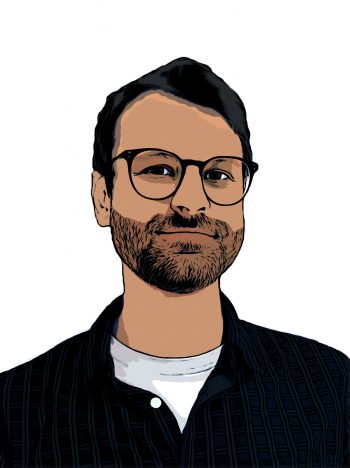 Uwe first came into contact with fulldome-technology during his studies of “Digital Film Making”. His bachelor thesis was about stereoscopy in the dome. During and after his studies he worked on various projects for the film and TV industry, but his passion always remained 360° films. Since 2011 he is a permanent team member at Softmachine and supports Reef Distribution regarding technical matters.
u.lukatsch@softmachine.de 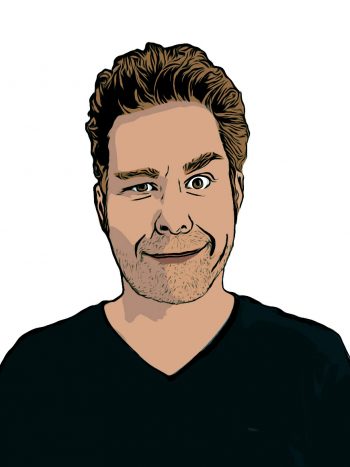 Raúl is an ouside-the-box creative “madman” through and through. He has written, directed, edited and produced films, digital experiences and games that are entertaining and have also something to say. Since 2004, Raúl has often collaborated with Softmachine as a freelancer. As of 2020, he is a permanent team member. Raúl supports Reef Distribution with creative marketing concepts and their corresponding digital and/or analog execution.
r.erdossy@softmachine.de 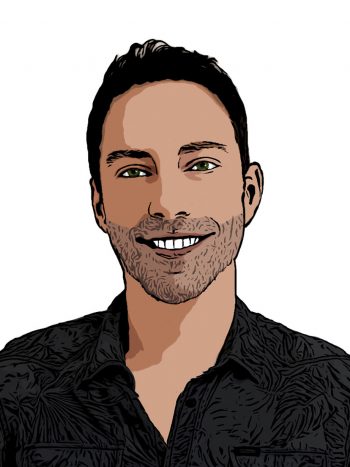 Mario completed an apprenticeship as an audio engineer, a media designer digital/print and earned a bachelor’s degree in “Online Media” at the Furtwangen University of Applied Sciences and San Francisco State University. He worked in recording studios and for several internet agencies, including Digital-Advertising, Studio9 and Serviceplan.
m.betz@reef-distribution.com